A blog about Internet and Internet Exchanges 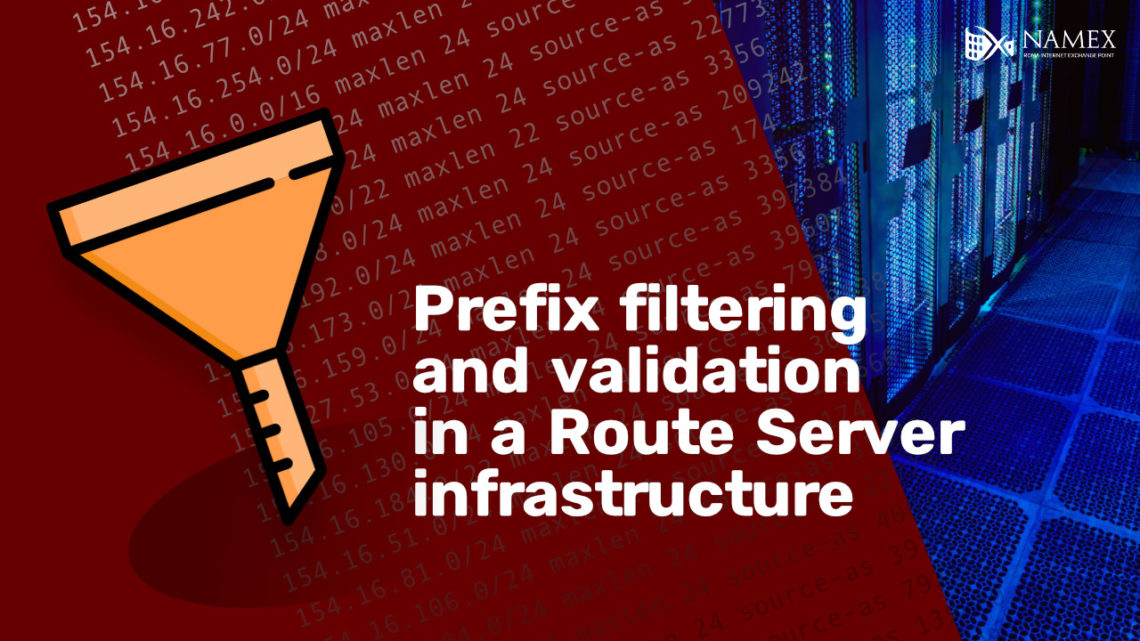 Route Servers (RS) are currently a critical piece of infrastructure in all the most important IXPs worldwide. This is especially true for those environments where a huge number of peers exists (often more than a hundred).

The main role of RSes is to facilitate interconnection between multiple routers. They are a value-added service offered by IXPs and a quick shortcut to full operational status for new members. We could also describe the RS as an “enabling” service, a real “accelerator” of peering.

It replaces the configuration of n bilateral peering sessions with a single BGP session by bringing several positive aspects: it allows to receive most of the IPv4 / IPv6 prefixes reachable through the IXP at first connection, so to maximize the benefit of peering from day zero, while also acting as a backup solution for established bilateral sessions. Not to forget that, in some cases, it is the only possible solution to peer with some “big” content providers that impose a limit on minimum exchanged traffic in order to establish an individual peering session.

Over the years IXPs have increasingly used RSes, which have become more and more popular, also by expanding the features offered, especially in terms of routing security.

Filtering is based in general on information contained in the Internet Routing Registry system as well as RPKI architecture. At a basic stage, validation is usually done by checking BGP announcements against IRRs data then, routes received from each peer in the RS infrastructure can additionally be filtered according to their RPKI ROA status. In any case, the goal is to export to peers connected to the RS a clean set of prefixes, any of which has been validated according to its originating source and announcing peer and is thus legitimated to appear on the Internet.

Now, how to filter on IXP Route Servers infrastructure? There are several policies and approaches that can be followed, mostly depending on the desired level of control and also on the underlying technical architecture.

The following flows represent the validation chains on both OpenBGPd and BIRD, the two most common routing daemons used inside IXP environments. When it comes to filtering, the two software have a quite different approach to the configuration: while OpenBGPd uses a rule-based evaluation approach which is typical of filtering tools such as Packet Filter (PF) or Linux Netfilter, BIRD uses a function-based approach, exploiting a configuration language that mimics the workings of common programming languages such as C.

This difference may result in minor differences in the validation chain, in both cases the evaluation flow is split into two separate chains, one that determines which prefix from a peer has the right to be inserted into the global Routing Information Base (RIB) and the other determining a separate view of this RIB based on the peer to which this RIB is exported.

Before starting with the description of the chains, here is some terminology to fully understand how it works:

RPKI validation process of a BGP update is based on the comparison between the information contained in the announcement, and the ROAs present in the database of the router itself which is periodically downloaded from a RPKI Validator. There are 3 possible results of the RPKI validation process:

Note: we apply IRR-based filtering on updates from peers, and strict filtering of ROA invalids in the export phase. As IRR and RPKI information are completely independent, the filtering strategy can be modified.

The filtering chain can be divided into two parts: the first one filters the advertisements received from peers and saves them in the Route Server’s RIB (Routing Information Base). The second part that filters updates before they are exported to peers.

First step checks if the prefix updated by a peer is a martian/bogon prefix. If it is drop it; else go to step 2)

Step two checks if the update received has the BGP blackhole community. If yes, the Route Server changes the next hop of the update with the one of the server dummy and the prefix is accepted and stored in the RS’s RIB; else go to step 3)

A set of allowed ASes for a given peer is made of its own AS plus any additional AS which is listed as a customer in a registered AS-SET. If the origin AS of the updated prefix belongs to the allowed set then go to step 4, else reject the update.

The set of allowed prefixes for a peer is built by expanding any AS included in the corresponding set of allowed ASes for the peer: for any AS in the set we look for any ROUTE objects having that AS as an origin.

If the updated prefix exactly matches one of the prefixes included in the set of allowed prefixes, then the prefix is added to the RIB; otherwise, it is rejected.

Before the prefixes stored in Route Server’s RIB are exported to the peers, other filters are applied. This process applies on a per-neighbor basis.

First of all, it checks if the update has the blackhole BGP community: if that is the case, it applies the “no-export” BGP community (which tells the peers who receive the update not to propagate it) and the prefix is announced to the neighbor. If it hasn’t, go to the next step.

It checks if the update has a corresponding ROA according to the information found in the RPKI validator. If the result is an invalid ROA, it doesn’t export it to the neighbor; else go to the next step.

If the update has a BGP large community blocking the prefix for the specific neighbor, it doesn’t export the prefix to the neighbor; else go to the next step.

If the update has a BGP blocking standard community for the specific neighbor, it doesn’t export the prefix to the neighbor; else go to the next step.

For sake of completeness, below is the processing flow diagram for the OpenBGPd instances of the Route Server architecture, as previously stated the order of evaluation is slightly different due to implementation differences with respect to the BIRD architecture.

Icons made by Freepik from www.flaticon.com 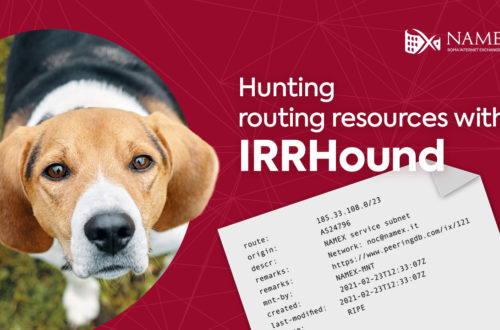 Hunting Routing Resources around the World

BGPalerter, a tool for monitoring your BGP